My paper on “Social Media Platforms for Social Good” has been accepted for presentation at the IEEE DEST-CEE 2012 conference, which will take place in Campione d’Italia (yes, at the Casinò itself!) in June.

Social media can create disproportionate effects compared to the initial resources. In the paper I argue that this disruptive potential can be used for good causes. Yet, the viral effect of social media causes new challenges, which I illustrate through a number of cases. In particular I focus on the recent Kony 2012 campaign, which has reached incredible popularity in the last two months. Developed by the NGO Invisible Children, the 30′ documentary video, developed to launch the campaign on March 5th, has been viewed over 100 million times. 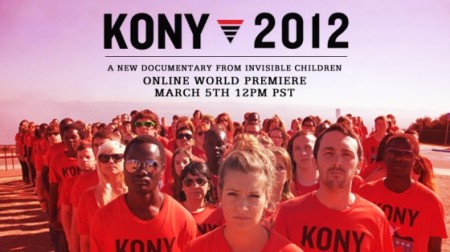 The very popular and highly criticized campaign seems to prove effective: recent news (April 30th) report that “US officials have acknowledged the “Kony 2012″ film released in March nudged them to commit troops to train African soldiers in the nations most affected by warlord Joseph Kony’s Lord’s Resistance Army”.

This entry was posted on Wednesday, May 2nd, 2012 at 11:05 pm and is filed under Uncategorized. You can follow any responses to this entry through the RSS 2.0 feed. You can leave a response, or trackback from your own site.