The Guardian has created a nice  interactive timeline of green movements. It portraits the major events of WWF, Greenpeace and Friends of the Earth in the occasion of their 50° and 40° anniversary, respectively. Click on the image to see the interactive version.
(Re-posted from Rahel’s blog Kosmos 9) 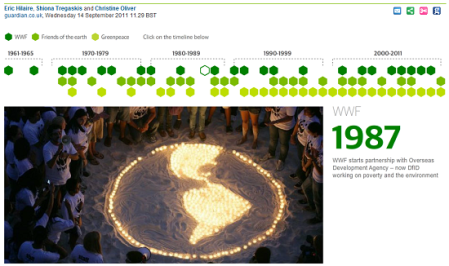 Brescia Dialect. Or rather, Lombard language.

A series of lectures on “Dialetto Bresciano” (Dialect of Brescia) is taking place in Lonato del Garda every Friday of October. I appreciate and support this cultural initiative, aimed at saving the cultural heritage of this land, without linking itself to secessionists parties. Indeed dialect is often and erroneously associated with the will to differentiate and divide the various Italian regions. The lectures, titled “Un passo nel futuro – Quater venerdé de dialèt” is aimed at preserving this language which is very much threatened by modern times. Indeed most people below thirty years af age do not speak the local language and the Bresciano dialect might disappear in a few decades.

The dialetto Bresciano is a Lombard dialect, or rather, a lombard language, similar to the Milanese. What in italian are called “dialetti” are actually languages and not just dialects of Italian. They are the heritage of the history of the Italian peninsula, fragmented in many states until 150 years ago. When Italy was created, one of the languages was chosen, which we now call Italian. However it was not until the time that TV spread in the 60s that most of the population of Italy actually learned the language. Indeed my grandparents, born in the 1920s,  expressed themselves in dialect only, and could barely speak Italian.

The lectures, given by Claudio Bedussi, give insights on reading and writing in dialetto bresciano, and give voice to prestigious local poets, including Dino Marino Tognal, Fabrizio Galvagnini, Dario Tornago and Armando Azzini. 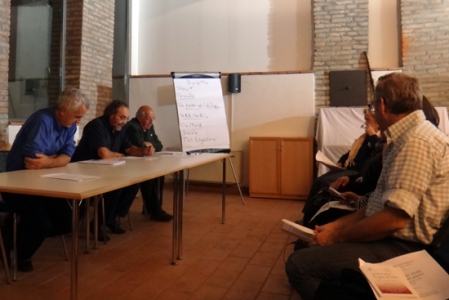